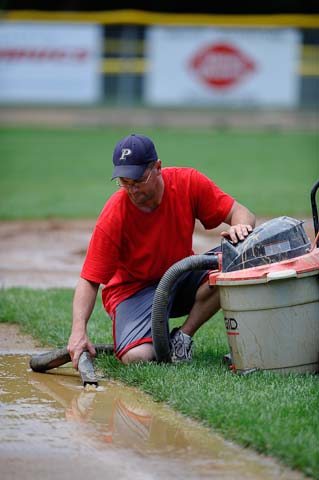 The day starts early for me, around 9AM arriving at the field about one hour before game time to set up my small display of photos, and rig my remote camera at home plate, and get a few practice shot in myself. The first game started at 10AM under bright a HOT summer sun.

Yes, we actually use a Shop-Vac to suck puddles off the field after a rain delay! Kevin, the League President, demonstrates proper puddle sucking technique.

My day consisted of: 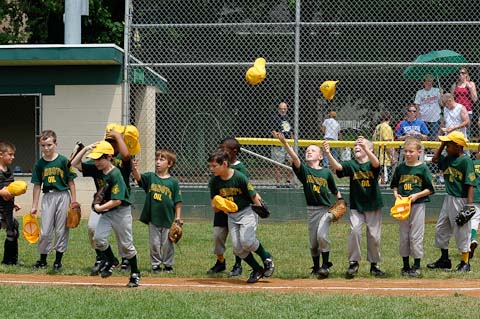 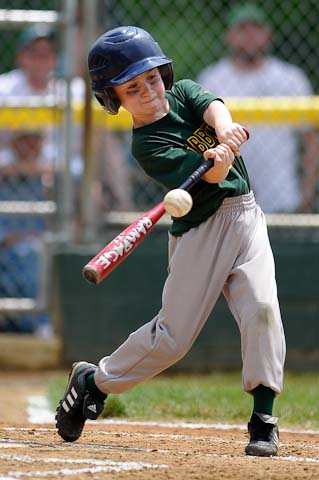 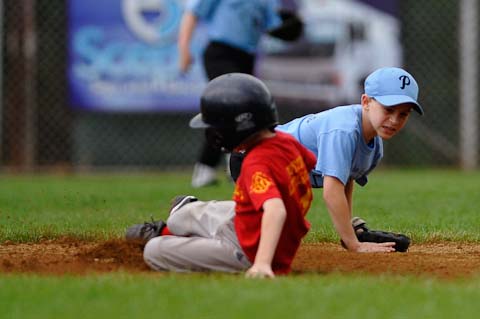 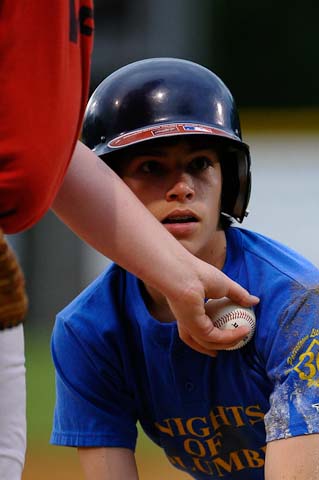 The last game in question was the Boys Majors League Championship Game. A slugfest for sure. With the score changing every inning one-up’ing… plays and steals abound, action at every at bat… All for not, this game was called in the bottom half of the 5th inning 2 outs, runner on 3rd, with a score of 13-13, do to lightning. The umps did there best to try and let them play, but for the safety of the players the field was cleared… only moments later buckests of rain let loose.

So, who won? The rules of course… A very unpopular choice at best… So here is the explanation.

A “Complete Game” (in-the-books) is a game that has at least 4-innings of play. If a game is called do to weather or injury and the inning of play has not finished… the score will revert to the last full played inning… Don’t get it, read it again, slowly… 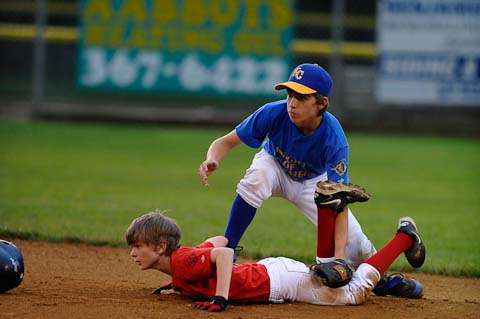 This means, though our game ended in a tie score of 13-13, because the 5th inning was only half over… the score reverts to the last complete inning (in this case the 4th)… Because 4-innings is considered a “Complete Game“, the game is considered FINAL, and can not be postponed, and finished the next day. That SUCKS! 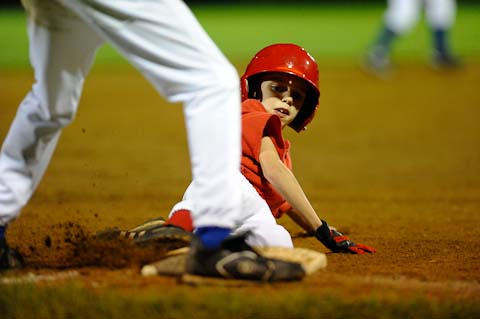 I give nothing but respect to the boys that played in this game, it was spectacular. And in my view it was a tie, with no winner or looser. But them’s the rules, and sometimes they suck. IF they would have gotten that LAST out, and the score would have remained tied… THEN they could have finished the game the next day!!! But because the Knights of Columbus where ahead by 2 runs in the 4th, they are the “Official” winners. 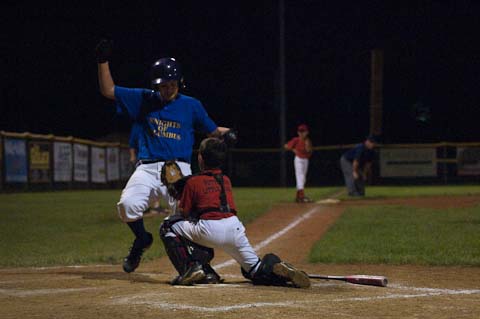 Still one of the best games I have ever seen! 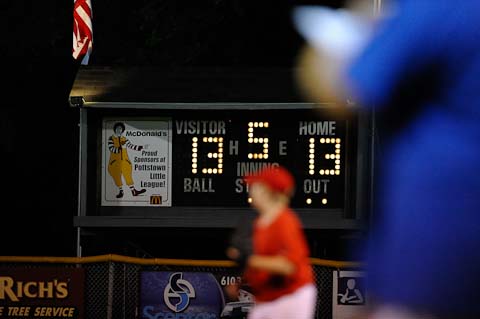 Championship Day may be over, but my days at the field are not. Little League Baseball and Softball tournaments continue well into July and August. Ending with the Little League World Series, August, 21-30, 2009 in Williamsport, PA!